The founders of a decentralised hedge fund that abandoned plans for an ICO in July 2017 announced that investors holding the fund’s Waves-based token Coeval are about to get the real ticket this time round.

According to a web conference given by the founders on Thursday, Monkey Capital’s ICO of MNY token is now going ahead with the release of a smart contract-enabled version of COE being distributed to investors over the coming weeks. The management team stressed that investors are not required to commit any funds as they have already paid for their tokens in the form of repurchased swaps. Investors bought a variety of tokens on Waves DEX from July to December 2017 issued by the company, which they traded in for alternate unspecified value to Monkey Capital wallets up until the start of the year.

Radio silence from the team’s London-based headquarters had many investors assuming that the ICO was a scam, with some investors already counting their losses.

An investor by the name of Oddin has complained loudly about the lack of communication from the team recently. In his latest post on Bitcointalk he wrote:

The drama came to a head at the end of December 2017 when Florida law firm Silver Miller filed a class action lawsuit against Daniel Mark Harrison, one of Monkey Capital’s founders. Since then the suit has been declassified to just a single individual litigation case as a result of failing to meet the requirements for a class suit. Now it seems, the suit may not even make it past the post at all, however, since all the investors are all about to get their tokens.

“We are able to deliver on the original intention: we are very pleased to announce we are releasing the smart contracts for COE and MNY,” explained co-founder Craig Vallis on a video conference Thursday.

“We have written some very sexy software that goes and does the distribution for us,” he added.

Investors gave founders Daniel Mark Harrison and Craig Vallis a warm reception to an explainer video they published along with three separate white papers on Thursday this week: –“Very solid and revolutionary model. I’m very fortunate to be an early investor. Although the whole project took longer than expected to rollout (and which great and successful project doesn’t?), I strongly believe my patience is paying off. Well done folks!“ wrote Singapore-based investor Jes Child.

And sophisticated investors seemed pleased with the result, too.

“Great introduction. sounds feasible, should be an exciting few months,” commented Phil Terry from Birmigham. Terry is a United Kingdom stock market veteran who came to Monkey Capital after the project was linked to Highway Capital Plc, which share the same parent company investor DMH&CO.

“I can feel the dawn of a new era, great work! & Congrats to all participants on the great harvest soon!” wrote Kathlin Liao, a Hong Kong-based investor in the project.

The project garnered significant press when Coeval (COE) traded from $2 on July 8 up to as high as .54 BTC, around $1800 at the end of last July earning it the nickname “the Berkshire Hathaway of Crypto.”

The accompanying ICO token was eventually floated on the Waves decentralized exchange but the ICO was cancelled however after the team found they were insufficiently prepared to launch the ICO. Both COE and MNY have CoinMarketCap.com listings in place already, which the team say will be active as soon as delivery has taken place. They plan to list the tokens on new exchange Crex24, an increasingly popular destination for hot new tokens.

Monkey Capital’s investors were rewarded with a total of $96 million of new Coeval (COE) tokens which the founders believe are still 95% undervalued, since the mining cycle that COE will be made available on allows for a cost-per-COE of as much as $80,000. COE can be used to receive MNY tokens which hold a claim on the assets of the decentralized hedge fund.

The project was re-launched under the banner of Dunaton, which bills itself as a global digital financial product marketplace. Dunaton’s crucial innovation that enabled the team to resurrect the Monkey Capital ICO and reward the investors so generously was the concept of three-dimensional currencies, also known as Metacurrencies. Metacurrencies are a form of cryptocurrency that can be used to make digital payments for actual securities and other high value assets.

“Metacurrencies are designed with the objective in mind of purchasing you increasing amounts of value year-on-year,” Harrison told this publication in an exclusive interview.

“There was absolutely never any question of us not coming through on delivery, just on how exactly we intended to do it so that everyone was fairly rewarded and justly profitable at the end. Now that is done, Craig and I cannot wait to open up this multi-hundred trillion-dollar market. This is securities cash we are talking about, after all. It’s the most efficient cash there is the world.” 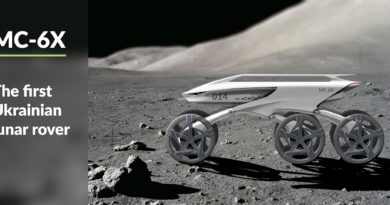 Blockchain INDO 2018, Jakarta’s crypto-conference in May: how it was