CCN:- Blockchain is used as a store of information about operations with cryptocurrency bitcoin. It records all movements within the system. Technology can also be implemented in banking – cryptotechnology allows you to greatly reduce the time for large transactions (issuing loans, stock trading, etc.). According to the Spanish investment fund Santander InnoVentures, thanks to the blockchain investors will save about $ 20 billion a year by reducing the attendant (intermediary, regulatory) costs for financial transactions.

Mr. Sanchez de Pedro:- The report was issued three years ago in 2015, given the fast pace of blockchain development the figure might look a bit outdated. Furthermore, the purported savings, much easier to predict than to verify with a reasonable degree of acuracy through either the accounts or bank performance, refer to savings made by the banking industry that to some extent would benefit the consumer at large, be the individual or the large multinational corporation.

CCN:- There is an opinion that in 10 years, there will not be banks. Now actively developing the platform of re-credit peer-to-peer (issuing loans without an intermediary in the person of a bank or other lending institution), payment technologies based on Blockchain technology are developing.

Mr. Sanchez de Pedro:- I don’t share that opinion. Maybe we will see less “brick and mortar” banking branch networks thanks to the adoption of the blockchain by banks as well as their customers and end users.  What blockchain would facilitate is the financial inclusion of hundred of millions people, particularly those living in developing countries that find hard to meet their financial needs and usually at much higher costs than that prevailing in developed economies. Furthermore it should not be forgotten that credit, a word deriving from the Latin credere means believe… trust… the very basic foundation of the banking business in both sides of the customer-bank relationship, deposits and credit/loan, both are based on the reciprocal credit or trust that each party bestow to the other.

Santander, HSBC, JP Morgan, Goldman Sach, BBVA are but some of the early adopters of the blockchain technology

Today we will talk about the future application of block chain technology and its impact in banking with a financial expert and business developers with an international career in banking and advising on the management of multilateral financial institutions, governments and the private sector.

CCN:-  Hello Miguel, to you, as a banker and an experienced financier you often hear about a new financial phenomenon, such as a cryptocurrency. How long have you been watching the block chain, and what is the opinion within the banking sector on the blockchain system?

Mr. Sanchez de Pedro:- I am watching the blockchain since 2016, more on its likely impact in the operational development of financial institutions than to their ups and downs on the exchanges. With the colleagues I often speak, they are looking at the technology with certain caution, as any banker will do when entering into unchartered waters

Mr. Sanchez de Pedro:- First, they show an increasing interest in learning about it and what the blockchain might offer to their daily activities, the improvement of banking services and how this technology will assist the banking customer

CCN:-  Did you receive a proposal of cooperation from the developers of the block chain for implementation in the banking sector?

Mr. Sanchez de Pedro:- Yes, I did and keep an open mind to new venturers

CCN:-  The blockchain is gaining wide turnover, it enters into different spheres of the economy. How do you see the future of the banking industry in the next 5 years?

Mr. Sanchez de Pedro:-  I see not a rush but a steady implementation of the blockchain amid the banking industry, first with the purpose of making banks more competitive amongst themselves, and second to help them in dealing with cost side in managing the balance sheet

CCN:-  The emergence of a blockchain in the banking sector will reduce the human factor and the costs associated with this. Does this mean that the use of the blockchain by banks will strengthen the fiat money and protect against inflation?

Mr. Sanchez de Pedro:- I don’t see a reduction of the human factor as the banking industry, particularly in the developed economies, has been undertaking a profound restructuring since the mid 90s. What I see is a new window of opportunity for people experienced in the blockchain technology with particular contribution of the Artificial Inteligence and Big Data, to become bankers. As for the strengthening of fiat money and its protection against inflation, in my opinion the blockchain and banks have nothing to do with it.  The strengthening or weakining of fiat, still rely more on the monetary and exchange policies of any government whereas the protection against inflation, should be better placed on each particular country economic policy

CCN:-  What combination of innovations will become the main instrument of transformation? Which sector of the economy primarily needs a blockchain.

CCN:-  What large and well-known banks are currently developing on the technology of the blockchain?

Mr. Sanchez de Pedro:- In my country, Spain, BBVA might be credited for being the first global bank in launching a €75m corporate loan using the blockchain, and this was in April this year. There are a number of initiatives related with payments, trade finance. Santander, HSBC, JP Morgan, Goldman Sach, BBVA are but some of the early adopters of the blockchain technology

CCN:-  The main world banks could well contribute to the development of the blockchain, thereby not losing the leading position. For this, it is necessary to amend the laws. Are regulators ready to reconsider their opinion and in what countries is this already possible?

Mr. Sanchez de Pedro:- Certainly that regulators and regulation are the ones that have a big say in allowing banks to further develop the blockchain. Another point to focus is that of the sgtance of tax authorities in providing a secure and predictable environment on how to tax the revenues derived from the blockchain. In my opinion, the question goes beyond the techology as such, but on how if, banks will deal with deposits and loands arranged in any crypto currency and how to acomodate them into their balance sheet from the economic and financial value they represent, their regulatory treatment and the management of risks they entail, including those related to KYC and AML procedures

CCN:-  In the financial sector, constant growth is very important. Did the banks feel the outflow of capital for the period 2017/2018?

CCN:-  Do you believe in the future of cryptocurrency, and are you an investor in some famous coins?

Mr. Sanchez de Pedro:- Yes I do, but I am more in favor of the relatively new ICO space where start-ups are finding a way to raise finance to their projects that otherwise are either very difficult or expensive to attract or simply forbidden by their national regulators. I do believe more on the innovation that the blockchain entails than on a particular crypto currency whose value nowadays still is far from been understood by the layman nor absent of a number of risks that make their investments more appropriate for the accredited investor and the brave risk taker

CCN:-  Who of the developers of cryptocurrencies did you have meetings with and what was discussed?

Mr. Sanchez de Pedro:- As a banker, always protect the privacy of my counterparts

CCN:-  And the last question, what advice do you give advice to bankers of different countries regarding the relation to the blockchain?

Mr. Sanchez de Pedro:- The pice of advice I give to the bankers I talk to is just, please stay open to the technology, educate your people on the new developments and try to influence the regulator to understand and hence to properly contribute to the deployment of the blockchain, thus treating it as a trustful friend that deserves dialogue rather than a seeing it with contempt.

Thanks Miguel for the interview 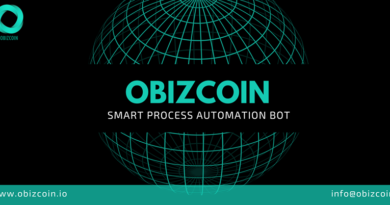