Active implementation of digital technologies determines the progressive development of each state and the world as a whole. Artificial intelligence, robotics, blockchain, ecosystem creation are becoming the basis of economic growth. Experts predict that in the next ten years, the latest technology will change not only the global economy, but also the life of every person, including this will optimize the work of many structures. Digital industry development programs affect all key areas of society: from creating an innovative ecosystem to strengthening human capital, from modernizing production to forming electronic government. In the modern world, it is necessary to clearly understand what blockchain is. This understanding will allow the use of the latest technology in public administration and private capital. Blockchain is able to facilitate the fight against fraud and errors, significantly reduce the cost of paperwork, and also provide the necessary level of transparency. About blocking licensing, Staking and The Fifth Anti-Money Laundering Directive – 5AMLD will be described in an interview with CEO of the EXMO cryptocurrency exchange Sergey Zhdanov.

– I welcome you, Sergey. 5AMLD Directive Until January 10, 2020, member states of the European Union must bring their legislation into line with the requirements of Directive 2018/843 / EU of the European Parliament and of the Council of the European Union on preventing the use of the financial system for money laundering and terrorist financing (5AMLD). Tell us more about this directive, and how its implementation affected the operation of the EXMO exchange. In connection with this, has the outflow of customers from the EXMO exchange increased, etc.?

– Thank you for the question. 5AMLD is obviously a hot topic for all market players. This Directive contains requirements for the mandatory verification of all customers of cryptocurrency platforms following the KYC and AML standards, which obliges all users making transactions with cryptocurrencies to pass verification.

– EXMO cryptocurrency exchange is registered in the UK and operates in the British jurisdiction also covered by 5AMLD. Surely you might have a question: will Brexit somehow affect the 5AMLD?

– At the moment, Brexit didn’t have an impact on the implementation of the 5th AMLD Directive. The current exit agreement draft obliges the UK to continue applying EU laws during the transition period until December 2020 and tends to keep doing it after Brexit as well. This means there will be a draft of the 6th directive, which will apply to the EU and the UK.

The current crypto exchange regulator, the Financial Conduct Authority, also requires companies regulated by the UK to continue to comply with 5AMLD.

Since January 2020, we have implemented mandatory user verification on the platform. We were prepared this process could raise a number of questions among customers related to data privacy. No reasons to worry tho—we take all possible measures to maintain strict confidentiality and security of information received during verification as part of the user agreement, privacy policy, and GDPR requirements. Users’ personal information is stored on encrypted servers no employee of the company except the certified AML officer has access to. During the verification process, the copies of documents are being superimposed with protective watermarks not allowing to reuse the submitted documents.

At the moment, we haven’t noticed the users’ outflow after the launch of innovations. I believe this says a lot—the market is gradually moving towards transparency. I am pleased to realize that we, along with our traders, are going towards conscious trading.

– How Staking can affect the reduction of the entry barrier to the cryptocurrency ecosystem?

– The possibility to take part in reaching a consensus process, as well as obtaining passive income, makes staking one of the most effective methods that can really positively affect the reduction of the so-called “barrier” of entry into the cryptocurrency ecosystem and decentralized finance.

– Sergey, tell us how the format of Staking is carried out on the EXMO exchange?

– At the moment, our technical team is actively working on the implementation of staking to the platform. We’ve picked up a new trend and we plan to launch a pilot project based on the Tron cryptocurrency in the first quarter of 2020. Tezos is the next one.

– What factors influenced this. Why what the Tron cryptocurrency chosen for the pilot project?

– When launching a pilot project on staking on the platform, we made a decision based on the demand for coins in the market, as well as on the reliability of the project. In this case, two important factors coincided – Tron was included in the TOP-20 cryptocurrencies by market capitalization (according to the Coinmarketcap) and the project proved itself as a reliable partner.

– You mentioned Tezos. What technological developments did the team of this project attract your attention?

– The Tezos project is implemented within the OCaml programming language, which we consider to positively affect the stability and speed of the network. Besides, Tezos has spam protection.

Analyzing the staking market for 2019, we also noticed that Tezos is the top-5 cryptocurrencies by the annual level of ROI. Therefore, we plan to implement staking with Tezos, after launching the Tron pilot project.

– Banks for the use of deposit funds accrue interest to their customers Can Staking be considered as a new way to generate additional income?

– Today, staking is gradually gaining momentum. In general, it is interesting to observe the development of the cryptocurrency market. We see the trends from the classical world of finance, which vary to one degree or another. As mentioned above, for ordinary users, staking is attractive by the ability to receive passive income without putting much effort and without risking, as in mining. As for exchanges, at the moment a very large number of user funds are stored on exchanges’ wallets just like that, without bringing any income to either users or the exchange itself. During flat periods, the number of actively trading users decrease, while the number of altcoin tradings is negligible at all. Staking gives us the opportunity to safely use these funds in the interests of the user, while getting a per cent from this, and additionally participate in improving the stability of the network.

The pitfalls of staking are, first of all, in matters of security. To generate income, you need to stake a decent amount of money, and the exchange must ensure the safety of these funds. When choosing the exchange you should pay attention to the “maturity” of the exchange, its liquidity, and the per cent that it pays.

Sergey, tell us about cryptocurrency licensing, how much will this affect the issue of coins in general, and how do most exchanges support this idea?

– At the moment, the cryptocurrency sector is in quite an infant stage and being the major market players, we feel responsible for determining the development vector and the image of the industry as a whole. More and more countries are conducting a number of activities aimed to regulate the cryptocurrency market within their jurisdictions. I believe this trend to bring positive changes to the industry and clear it from the “one-day projects”.

Also, we shouldn’t forget that the licensing of cryptocurrency services is additional legal protection for the user and brings some stability and trust to virtual assets. In addition, there is an opinion that the legal stabilization of the market will attract institutional investors, which will positively affect the development of the industry as a whole.

By the way, at the end of 2019, we received licenses for providing cryptocurrency services in Estonia, despite the tightening of requirements for applicants in this jurisdiction.

– Well, this a good step for the development of the EXMO exchange. With regulators of which countries are you currently negotiations for licensing?

– In 2020, we are working towards expanding our geographic presence, focusing on the European market. We also launched the registration process as an MSB company (Money Service Business) at FinCen for ten states in the USA.

Also, as a cryptocurrency exchange registered in the UK, we must register with the FCA, but this procedure differs from licensing. According to these rules, we must apply by June 30, 2020. Now it is in progress.

– I read that EXMO may enter the stock market after a merger in one of the American companies. Tell us which company it is and how interesting this merger will be for EXMO exchange customers?

– I guess you say about the Canadian GOVERMEDIA PLUS CANADA CORP. Indeed, in November 2018, we publicly announced negotiations to acquire EXMO. We have signed a letter of intent which gave GOVERMEDIA PLUS CANADA CORP. the exclusive rights to negotiate on the acquisition of our platform for up to 180 days. But during this 180-days period, we never came to a common denominator with the other side. If we talk about the consequences of such a transaction for our customers, they surely would have been extremely positive. It was expected that the number of customers would exceed 2 million, and the company would expand its areas of influence on the markets of Europe, North America, and Asia. But although the transaction did not take place, we continue to actively develop our product and enter new markets.

Thus, in 2019, we launched the official mobile app, expanded the available fiat methods (the Kazakhstan tenge was recently added to the platform), issued our own exchange token EXMO Coin and conducted the initial exchange placement (IEO) of our coin.

– How complicated is the cryptocurrency licensing process for individual countries?

– The difficulty is that there is no single approach among the legislative bodies of different countries regarding the regulation of cryptocurrency business.

– As well as there is no single definition of what exactly the cryptocurrency is. Does it belong to the financial asset category or not, and if so, should it be taxed and what type of tax to apply? A capital gains tax (USA) or an individual’s income (Germany), or does this asset not belong to the category of property and therefore is not subject to taxation?

– Also, there is no unified approach regarding VAT. For example, in Singapore, cryptocurrency transactions are subject to VAT, but according to the EU Court decision of October 22, 2015, transactions for exchanging bitcoins for fiat currencies are exempt from VAT.

Therefore, a completely different approach is used to licensing the exchanging cryptocurrency for fiat. In some countries, it is necessary to obtain a special license for crypto exchange (Estonia, Malta, Switzerland). In some countries, it is necessary to undergo a special registration procedure with a financial monitoring authority (Britain – FCA, Germany – BaFIN). In other countries, the legislator suggests such activities be classified as “transactions with goods or another medium of exchange” (Spain, Canada, Norway), which is not subject to licensing.

For example, in Serbia (and many other countries of the Balkan Peninsula), cryptocurrency exchanges aren’t supposed to be licensed now. This is because this market is quite small in the region and has not yet reached a certain scale to become a subject of licensing at the state level. Thus, in many states, this issue is tied just to the needs of the market. If there are a supply and demand, it would be necessary to implement licensing, but for now, there is barely anyone to get licensed, since there are no major players of its kind.

In some countries, such activity is generally prohibited and therefore doesn’t have the right to be subject to licensing (Bolivia, Vietnam, Ecuador, Nepal). It is mostly the countries with a poorly developed or closed economy.

That’s why there are problems with licensing in different countries. The task of EXMO, in turn, is to adhere to a transparency policy and comply with the regulatory requirements of all regions where the company operates. 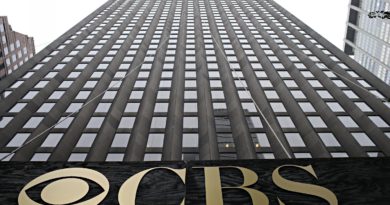