Frankfurt welcomed the global blockchain community under one roof, at the fourth edition of the prestigious World Blockchain Summit.

25 June 2018, Frankfurt, Germany: Today, more than 200 global blockchain experts, government authorities, business leaders, investors, startups and technology providers from around the world gathered at the Frankfurt Marriott Hotel, for the first day of World Blockchain Summit Frankfurt Edition, organised by Trescon.
The summit is being officially endorsed by the Deutsche Gesellschaft für Internationale Zusammenarbeit (giz), the Blockchain Bundesverband and the Frankfurt School Blockchain Center. The endorsements comes in the wake of the summit’s prior editions, which were successful in connecting the local thriving blockchain businesses to global accelerators.

The summit hosted governmental leaders and key blockchain drivers, to attend and spread awareness on the advent of blockchain technology into various industries and sectors. The event also helped budding blockchain and ICO startups in Europe, to connect with bigger players from other sectors of the globe.

Nick Ayton, Founder of Chainstarter and one of the world’s leading blockchain influencers, said that “This is our time. This is our time to do things differently. To make a difference and create a world that we want. Not a world that is created by elites. Not a world that is created by the capitalists. We are in fact seeing the end of capitalism in its current form”, in the opening address of the summit. However, the Founder of Evercoin, Miko Matsumura, countered this point in his keynote address, by saying that “Crypto economy is currently in a state of decline, and there are forces driving this decline. Regulatory clarity is the force that will lift the current crypto-economy”.
Ex-Prime Minister of Estonia, Taavi Roivas, was also present at the summit. His speech delivered clarity on the state of cryptocurrencies and blockchain in the Nordic countries. He also cited how Estonia is the first country in the world to have more than 40,000 e-Residents on a healthcare ledger. He also quoted the need for smart contracts, and how digital signatures can be stored on a blockchain.

Headline sponsor of the summit, MessengerBank DOO, inked a strategic partnership with the First Goldman Bank SA, which will take the revolutionary banking group to a new playground. Kent Kristensen, CEO of MessengerBank, said that “This deal offers an innovative remittance solution, as well as other customized banking services such as Debit Cards, that can service crypto asset holders worldwide as a dynamic exchange”.

Earlier in the day, Mohammed Saleem, CEO of Trescon, delivered the welcome address, and was quoted saying that “Blockchain technology has gone from a conversation over coffee, to a million-dollar industry. The world is clamouring for blockchain, and it’s about time the regulatory bodies hear this noise, and make the right decisions. The decision should be decentralization”.

The summit also featured thought provoking and insightful panel discussion, as well tech-talks and fireside chats. Some of the influential speakers at the summit included Julie Maupin, FinTech Advisor to the German Ministry of Finance; Marloes Pomp, Program Manager Blockchain for The Dutch Government; and Hemant Kumar Sah, Founder and CTO of RentalCoins.

About Trescon:
Trescon is a global business events and consulting firm that provides wide range of business services to a diversified client base that includes corporations, governments and individuals. Trescon is specialized in producing highly focused B2B events that connect businesses with opportunities through conferences, road shows, expos, demand generation, investor connect and consulting services. 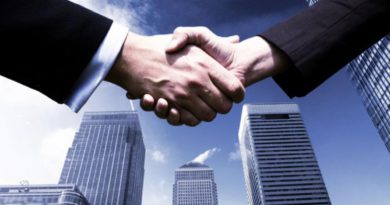