The Malta Blockchain Summit taking place on 1-2 of November this year will launch a Blockchain Hackathon powered by CryptoFriends, which is expected to bring a horde of blockchain developers and students to the ‘Blockchain Island’, to compete for a prize in Bitcoin equivalent to 50,000 EUR. The anticipated number of attendees at the summit will be no less than 5000 people, the largest blockchain event in Europe.

The Blockchain Hackathon set to take place at the Malta Blockchain Summit between the 31st of October to the 2nd of November, is a unique opportunity for blockchain developers or students who are looking to get ahead. Apart from the 50,000 EUR prize awarded to the winning team of the coding competition, Hackathon teams will be provided with invaluable networking opportunities among the C-level delegates attending the conference.

With high-profile characters like the co-inventor of blockchain technology, W. Scott Stornetta, PhD, present at the summit, this Hackathon provides a once in-a-lifetime opportunity to network with the blockchain elite.

Participants can apply either as individuals or as teams. In the case of individual applications, the candidates will be grouped together with other individual applicants or with incomplete teams. Each team requires between 4-6 people and a team leader. Diverse capabilities are recommended, including Smart Contract Development, Web UX / UI Designer, Server & Client side Web Development, and Project Management.

The 20 participating teams will be mentored by senior experts from within the blockchain community and the digital economy at large, including Mikhail Savchenko at Chronobank, Mihai Cimpoesu at Mattereum, Gege Gatt at Ebo, Dean Demellweek, and Joshua Ellul from the Department of Computer Science at the University of Malta.

To win the 50,000 EUR prize, the teams must develop a dApp, or other smart contract implementation on the chosen platform that satisfies the panel of judges. Both decentralized and distributed solutions will be considered.

The Hackathon powered by CryptoFriends is also organised in association with Blockchain Research Group, 135b.io and Major League Hacking. Located in the rising epicentre of the blockchain space, with one of the original co-inventors of the technology present, it is a once in-a-lifetime chance for every blockchain genius to make it big. 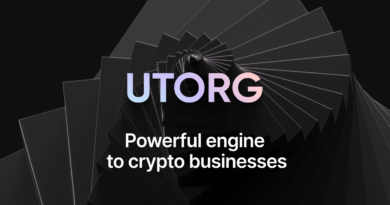