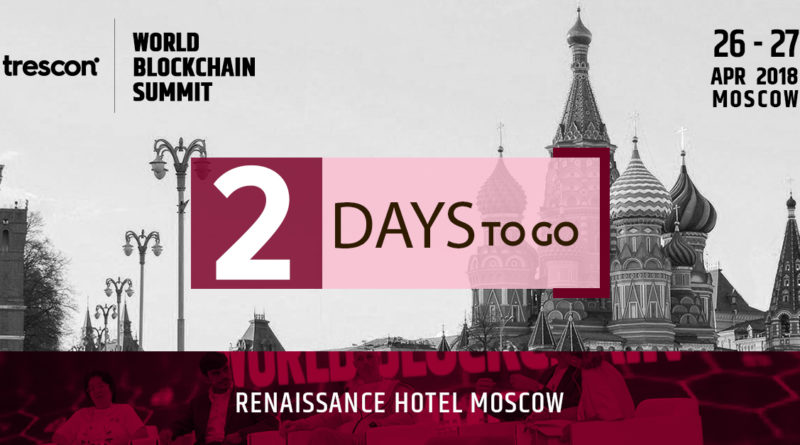 This further strengthens Russia’s resolve to completely regulate cryptocurrencies in the country, and push for a decentralized legislature.

Moscow, 29 March 2018: As the journey to the World Blockchain Summit begins to gain momentum, another crucial government representative joins the panel to display Russia’s resolve to implement blockchain across key industry sectors. German Klimenko, Director of the Institute for the Development of the Internet and official advisor to Vladimir Putin, is the latest key representative from the Kremlin to join the panel of thought leaders and government officials at the summit. The summit is taking place on the 26 – 27 of April 2018 in the nation’s capital of Moscow, and is being conducted by international B2B events company Trescon.

German Klimenko is one the closest aides to President Vladimir Putin, and an outspoken leader in the Kremlin, who hasn’t shied away from voicing his opinions loudly and clearly whenever he has had the opportunity. He has repeatedly voiced his displeasure on unregulated cryptocurrencies and why different types of digital currency need to be regulated by the centre to ensure maximum transparency.

“Cryptocurrency is just anonymous wallets. There is WebMoney, which for me, is not much different from Bitcoin in terms of the user. WebMoney implements the same encryption, the same principle of secrecy, except that they have a client – a server solution, and in the case of blockchain, this solution is distributed”, as told by Klimenko in an interview with media personnel.

This comes in the wake of the centre’s decision to regulate all cryptocurrencies as well as launch a centralized cryptocurrency called the ‘CryptoRuble’ by mid-2019.

Apart from digital wallets and eCurrencies, the country is also pushing for legislative laws to implement blockchain technology across key sectors and industries such as cyber security and land registry.

The Kremlin also announced the first ‘Central Blockchain Project’ that will convert all the property deeds in Russia into a verified decentralized ledger. Furthermore, the Russian Quantum Centre is also developing Quantum Blockchain System that will protect systems from external ‘Brute Force’ attacks.

Mohammed Saleem, Chief Executive Officer of Trescon, said that “Every country in the world is displaying an enthusiasm for implementing blockchain technology, but no country has made tangible strides like the Russian Government. The creation of government bodies like the IDACB and RACIB, whose sole intention is to strategically regulate blockchain technology in the country, shows us that all roads will eventually lead to Moscow”.

The summit will feature exciting and thought-provoking panel discussion, Technical presentations as well as the coveted ICO Grand Slam where ICO startups will pitch before a panel of investors and stand a chance to raise up to 2 million US$.

About Trescon
Trescon is a global business events and consulting firm that provides wide range of business services to a diversified client base that includes corporations, governments and individuals. Trescon is specialized in producing highly focused B2B events that connect businesses with opportunities through conferences, road shows, expos, demand generation, investor connect and consulting services. This Will Save You From Incurring Losses Caused by Cybersecurity Risks and Fraud: Oxford BioChronometrics