TriveAcademy, a player in building the blockchain technology infrastructure which also
conducts training classes and consultation processes was awarded for the “Bloconomic
Excellence Award – Best Blockchain Technology Developer Award” at the  Bloconomic Expo
2019. The Bloconomic Expo 2019 is organized by the Malaysian Blockchain Association and
Alphacap Sdn. Bhd.

As a sponsor partner for Bloconomic event, TriveAcademy has presented their latest
technology and applications of Trivechain 2.0 to the public at the expo. Trivechain just
launched TRVC App which all the speakers’ and volunteers’ certificates is been blockchain in
their TRVC app.
After a successful fork on April 22, 2019, the new version of Trivechain 2.0 has been
successfully forked, deployed and is running steadily. Trivechain 2.0 has include major
changes such as adjustments to their Proof-of-Work algorithm from X11 to X16R and Proof-
of-Stake collateral from 1,000 TRVC to 10,000 TRVC. The mining hash rate and the number
of masternode needs to catch up slowly and be supported by a new community. The hash
power and number of masternodes is increasing gradually every day indicating a significant
increase from the date it was forked.

In an interview with Tan, he said that “Trivechain 2.0, as a blockchain platform, will create a
highly compatible community to attract developers and entrepreneurs around the world to
become part of the Trivechain community. This community along with a number of open
source products will offer and create a more conducive ecosystem for developers. This
allows the chain to provide the most favorable conditions for its users to develop its
application.”
Trivechain 2.0 is offering another alternative open source platform for developers to
develop their new blockchain base business ventures. The platform is ready for deployment
and for those who are interested to catch new mining trend.
Come and join the Trivechain community! You are invited to apply for the development
fund through the DAO governance system to build a friendly and efficient development
ecosystem in the blockchain environment. Visit the official website
at www.trivechain.com for more details. 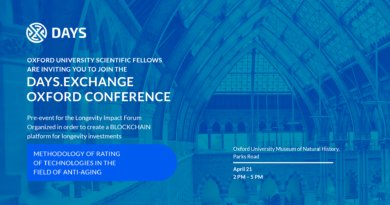