Once, Hans F. Sennholz predicted “The gold standard will prevail in one form or another, in the near future, national currencies will be forgotten and we will only remember them in museums of money.” As we observe, both gold and money have not lost their popularity, but they also broadly interact with each other and are the main means of payment for many years.

Cryptocurrency makes adjustments, forcing to change and think about the new financial sphere. The main player is Bitcoin. High cost and great popularity underscore the demand for crypto currency among people.

The desire of many coins to surpass Bitcoin has remained a desire. Even the appearance of forks, Bitcoin Cash and Bitcoin Gold, did not weaken the position of Bitcoin, he, as before, is in the lead among all the world’s crypto currencies.

To learn the further development of crypto currencies, their role in the financial world today we will talk with the Co-Founder of Bitcoin Gold Alejandro Regojo.

– I started to learn how the Bitcoin system works from almost the same moment I learned how the traditional economic system works.

It’s a question I get asked frequently. To explain it, one should first remember that the Bitcoin world is so big that different, and (sometimes) different views, postures, and tendencies are created.

Bitcoin communities with similar ideas tend to focus on one or other platforms in which ideas related to their interests are continually launched. I think this is the most correct way in which the birth of Bitcoin Gold can be explained.

My current role within the community is a part of the community of developers who initiated the highest voices around the problem we are trying to mitigate.

– In the middle of March will be 4 months after the official appearance of BTG. You can sum up some results. What has already been done and what is the Bitcoin Gold team working on right now?

– Our community is a stable group in continuous development, with over 100k followers around the world and rising, building relationships to benefit the whole crypto space in the framework of a completely and real decentralized mining infrastructure.

More than two million transactions thus far, have being processed in the BTG Blockchain that resulted in painless international payments with super-low 1¢ fees and built on code battle-tested and proven by Bitcoin.

About implementations, 11 top wallets, including Trezor and Ledger and a rapidly adoption by crypto e-shop payments systems and other services as BTGpay, BTG Lightning Network and the BTG Ambassador Program on going.

In markets, today Bitcoin Gold has processed over seven trillion dollars in global exchange volume, being listed on over 40 exchanges with 11 national currencies and tens of markets, around the world.

– Bitcoin Gold was born and grew to solve a problem, and did it in a time of  high rise and descent on price in the whole ecosystem for the reason we well know.

At this point our objectives are to get people to understand the need for a purely decentralized Blockchain as well as other key values ​​inherited from Bitcoin.

– I somewhere read that the main purpose of the founders of Bitcoin Gold is the decentralization of mining. Did you manage to solve the problem of too large influence of large mining companies on the Bitcoin network?

– When the Bitcoin Gold network launched four months ago on November 12th, many were eager to support BTG. They understood our coin’s missions: reduce the centralization of Bitcoin mining by returning mining power to individuals, and restore the network effects that follow when mining revenues are broadly distributed (just like the earlier years of Bitcoin.) And while the basic support infrastructure for Bitcoin Gold existed – blockchain, some wallets, a few exchanges – there were limitations.

– The developers of Bitcoin Cash made the main bet on the technical side. Bitcoin Cash was designed to eliminate the inherent disadvantages of Bitcoin, improve the code. Reduce commission costs by making microtransactions more accessible and increasing the throughput system.

As I said before, the relationship between the development and community of Bitcoin and Bitcoin Gold is very close and healthy. In fact, one community is born from the other.

BTG has a Blockchain with its own characteristics (POW, Equihash, difficulty adjustment per block, single key format, real decentralization) that works in parallel with BTC. The result / reward of the mining of this chain of blocks is in BTG.

For example, regarding the problems of microtransaction and scalability, it has been demonstrated that the off chain solutions are the most technically viable in the long term, for this reason Bitcoin Gold will implement, with Bitcoin, Lightning Network in its ecosystem.

– Most of the coins settle in the hands of the miners. The extraction of coins for the purpose of enriching a group of people makes the coin closed from most of the population. There are coins that seek to become a means of payment in social spheres and occupy a niche in the sale of goods or services, such as ticket sales, tourism, art. There are also mobile applications that allow you to calculate, using smartphones exchanging cryptocurrency for Fiat and pay the bill in a cafe or shop. What intention does Bitcoin Gold have in this respect, for example, to act as a payment tool in paying for jewelry, did the team think about it?

– Of course, the ultimate goal of a currency is to be able to acquire with it, products and services. In this topic there are two important things, Bitcoin Gold community have launched BTGpay, an effort to bring together all the products and services. That program will be a tool or utility as well as the help of new merchants, user and partners to implement or adopt Bitcoin Gold.

On the other hand, the implementation of Lightning Network that is included in our Roadmap for 2018 will also be an indispensable condition to multiply the quantity and speed of the transactions that occur in the BTG Blockchain.

– Bitcoin Gold really faced certain problems after launch. But BTG entered the market; it is available on stock exchanges, and there is no turning back. What is the next step in the development of BTG?

– The BTG community is ever growing while we expand our social media and support networks we will continue to provide the best possible support with large scale upcoming events that are based to help and assist the community. BTG was made for the people by the people.

Always with the Bitcoin development on mind, our future plans, beyond those that are reflected in our Road Map, will be the intention to create a strong community that understands the need to use a universal currency, unique and, above all, decentralized.

We will achieve this by following the steps of Bitcoin at the same time we implement the latest technology to create the system that Satoshi Nakamoto designed year a go.

– Twitter in the wake of Facebook and Google may prohibit advertising crypto currency
It is assumed that the ban on advertising will enter within two weeks and will operate in all countries.
This can be perceived as a challenge to social networks to the entire community of crypto currencies.
What in the bitcoin community think about this?
– The prohibition of large social media with advertising support was evident and, also, logical.
Many scams occur around cryptocurrencies every day. They cant allow help things like this with their platform. Their users could ask for responsibility at any time…
After the total prohibition, some projects could be accepted with due supervision of quality and good governance.
Anyway, Bitcoin never used advertise and you see where we are, so again… the price variation due bans is just a pure trading behaviour.

– I sincerely wish your team prosperity and financial strength among the cryptocurrencies. And, traditionally, your wishes from the Bitcoin Gold team for the readers of CryptoCapitalNews.

– Would like to welcome all the people there in Bitcoin Gold community… and hard Hold.

Thanks to Alejandro, for the interview 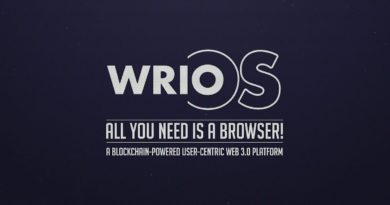