We already published an article about Europecoin and the Federated Blockchains Initiative. They have been for nearly 18 month developing a protocol, to make functions availlable across blockchains and a device, to make this protocol accesssable for average users. The name of the protocol is “Financecloud API” and the device to access it, is just about to be presented on the first of November at the Blockchain Summit in Malta. One reason more, to dig deeper:

The protocol serves as a servicebus between blockchains, to launch apps and services on. So banks, exchanges, gateways, IoT devices, statistic and trading software are able to connect to this protocol, to be availabble in an inter-blockchain network. Users with a device can then choose their desired apps and and services from an appstore and create their personal financial dashboard.

The device can from start handle your crypto currencies, your banking, your iot homedevices, point-of-sales for merchants and much more. It can be accessed via a dashboard, inside of the users homenetwork or it can be used via voicecommands. Yes, its also a voice-assitant and it is able to handle more commands than ALEXA and Google combinened, but other than these, it doesn’t connect to any third party server, to process the commands. All functions are selfhosted inside the device and the device uses Tor to connect to the internet.

Europecoin will present the first prototypes at the Blockchain Summit in Malta (1.11.2018). There will also be a try out area for visitors, to get their hands on the device. In December they are planning the first preorders and the official start, to be on sale, will be in March. 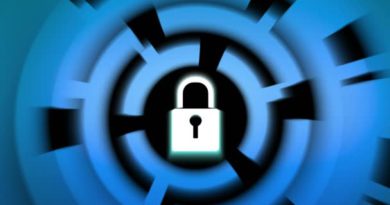